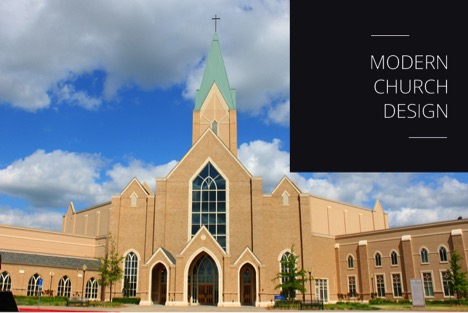 Architecture and technology, as regards the church, have been through drastic changes over thousands of years. For centuries, churches and places of worship were the very center of government and life. Cathedrals, temples, and mosques represent a superior level of creativity, ingenuity, and grandeur that isn’t often seen in modern day design.

This could be due to the changing status of religion in today’s society. People are less driven by obligation to attend religious services in many countries, and the need for grand buildings that glisten with the very essence of God are not seen as much of a priority.

In many societies today, cathedrals, temples, and mosques are still revered for their grand architecture. People travel thousands of miles to see these monuments, most (if not all) of which are dedicated to a religious cause. Due to the practice of the same kind of religion that was present in the world thousands of years ago, new buildings are still being erected with the same level of care and craftsmanship, but the quantity of buildings being made is much lower.

Churches of the Roman and Byzantine Empire 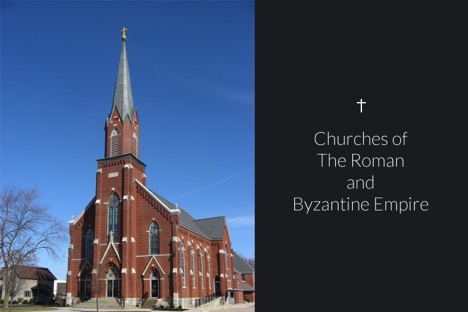 Churches constructed between the years 70 and 638 AD were different than what is seen in present-day churches. Churches back then were built in the shape of a T. It seems rather reminiscent of a crucifix, but who knows if that was purposeful or if it just worked out that way. Seeing as everything built in ancient times, especially things pertaining to religion, always had purpose, there might be something behind the Christian church being built in the shape of a crucifix. It makes sense, at least.

The church was formed of long rectangular halls in which Roman officers would often hold meetings. Traditionally, the church would have a rotunda, a chapel, a courtyard, a basilica, and an atrium.

The churches of the Byzantine Empire borrowed from the traditions of the Roman Empire, but they would alternate the building of their walls with stone and brick.

In 500 AD, Roman churches started varying a bit from their original design, and Gothic influence took over as it was introduced through a development in Armenia. By the 12th century, Gothic style was everywhere. Vertical lines, pointed arches, and stained glass windows distinguish it.

Churches through the ages have a history as vast and complicated as religion itself. As Christianity in particular has developed, the methods of building have as well. In the modern day, it depends on which branch of Christianity you practice, but you’re not going to see the level of design and construction that was present back in the day. Why not? Money. Because there are so many churches that operate under the rule of a head pastor or minister, the funds are simply not there to build to technical code as was set by religious law.

Every branch is different, but if you’re looking to build a church today, it’s best that you steer toward a more modern approach in your building. Here’s why:

While people can appreciate the towering architecture of a Gothic cathedral, it’s not relevant to the times today. So many people, especially in America, don’t feel welcome in a grand, cold, stone structure such as this. If you build like they used to build, you’ll have more people asking why instead of feeling connected with God.

There’s definitely a time for everything. Some people will look at grand churches and feel closer to God because of it, but in the context of modern day and what people want when they go to church, it’s not wooden pews, it’s not thousand-year-old pictures of saints, and it’s not hours and hours of liturgy that they can’t understand. If you want to be relevant to the crowds whom you’re trying to bring in, you go modern, you go simple, and you cut the sparkle. It’s not a game of smoke and mirror.

As a church that is just starting out or is expanding to a new location, budget is a primary factor on your mind. You can’t afford to go lavish in the way of marble floors and columns and adorning everything with gold and other precious metals. You simply don’t have the money or the resources.

This is why modern church building is actually a blessing. Materials are cheaper, and the broad range of materials available makes it so you can build a building and customize it to whatever you can afford and whatever you need it to be. Lumber, carpet, and drywall are significantly less costly than hand-carved stone and frescos painted by Michelangelo.

In the end, church building has come through a complex history. You can be happy that you’re not held to the standards placed for people before whom that were bound by a certain kind of law. In Western Christianity, the value is put on relationship over law. It allows people to live in more freedom.

If you’re starting the process of building a new church or expanding your current one, don’t hesitate to call in Churches by Daniels. We specialize in creating a space that’s right for you and your church. Seeing as though every church is different and has different needs, we take pride in the fact that we’re able to take into consideration all of your desires and requirements and to put them into a structure that will not only last the ages, but will also make people feel welcome.

While church is a place where people go to connect with God, it must also be a place where people feel safe, looked after, and loved. When you embrace what the culture wants and needs in a facility like a church, you’re able to bring in the masses and subsequently to be able to show them the love that Jesus showed everybody.