This worship facility is designed to accommodate a new 38,000 sq. ft., two story addition which consists of a 1300 seat state of the art sanctuary, cafe concession area, media room, office space, classrooms, large open gathering areas and an elevated overlook walkway.The predominantly square footprint of the building was rotated on the site to form a North-South diamond shape that creates a very dramatic apperance from the roadway.The matching two story tower elements on the southeast and southwest corners of the building enclose a stairwell on the east and the large cafe/gathering area on the west. A center tower element houses a double stair. The construction began in March 2011 and was completed in March of 2012. 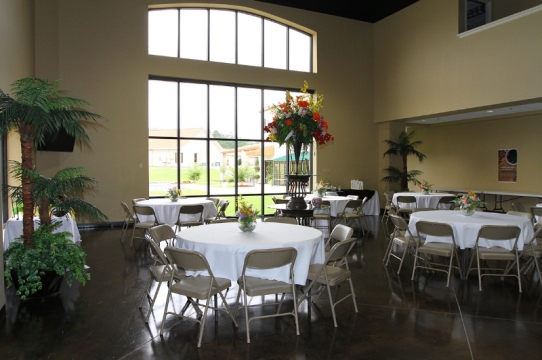 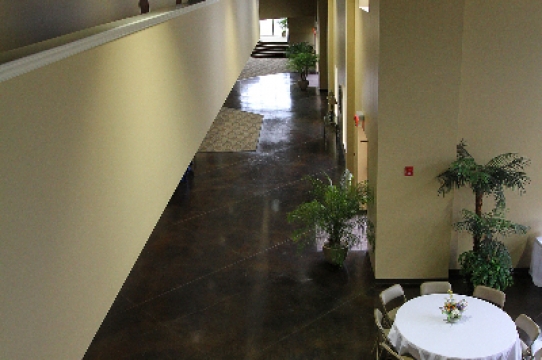 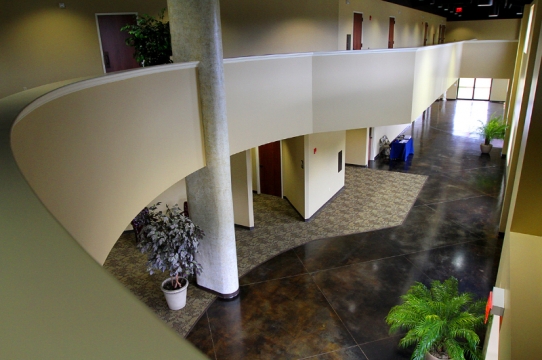 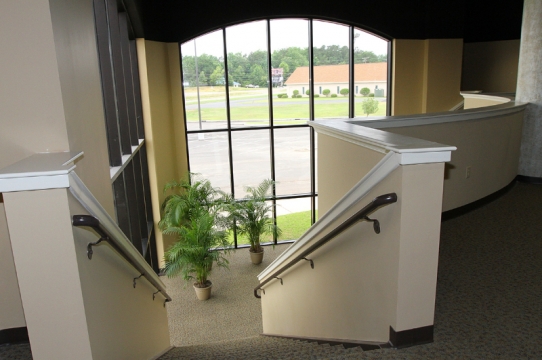 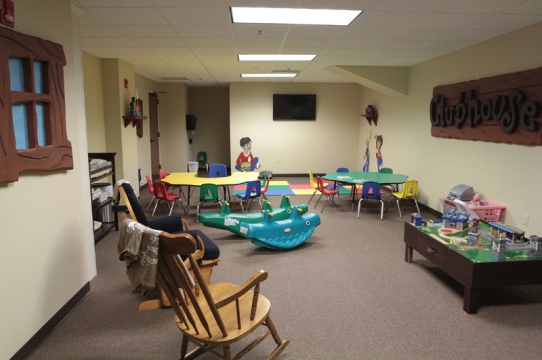 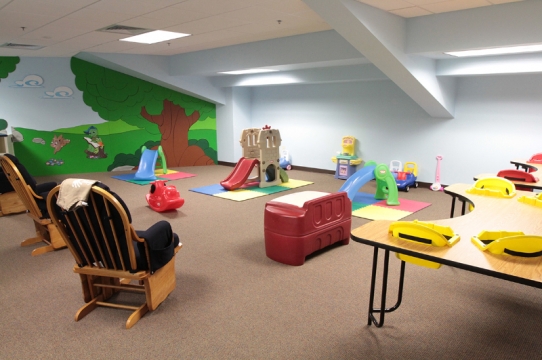 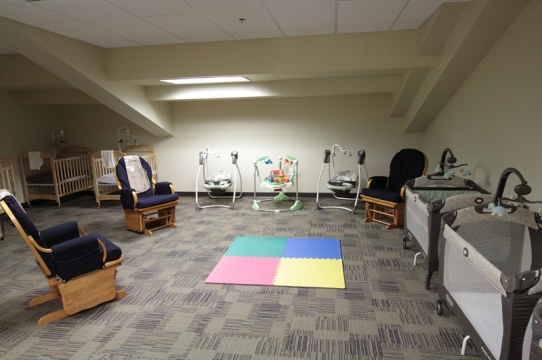 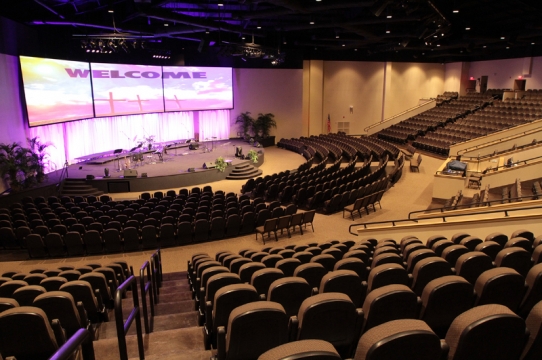 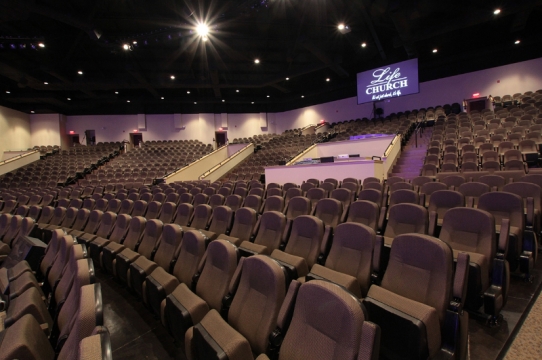 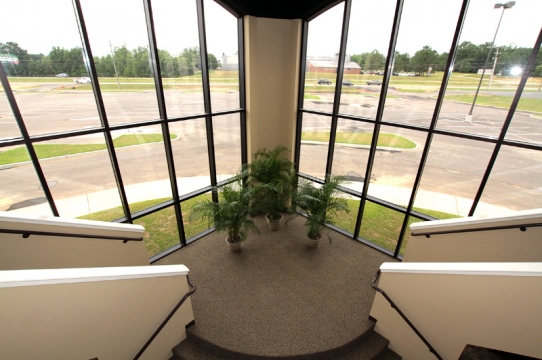 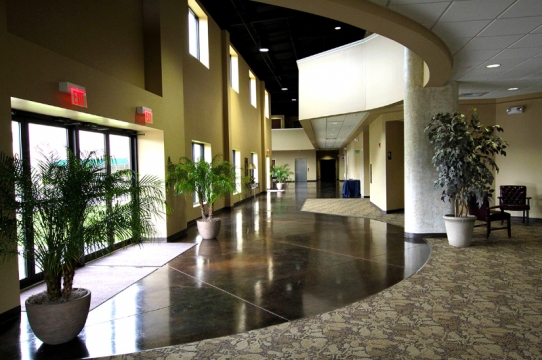 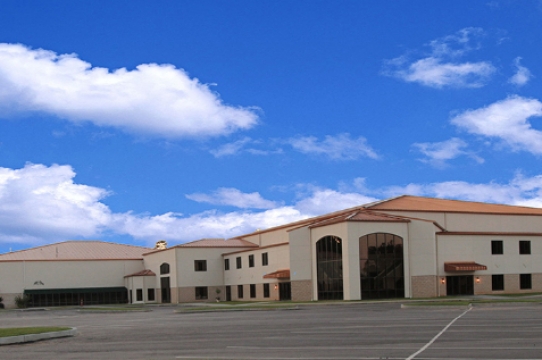 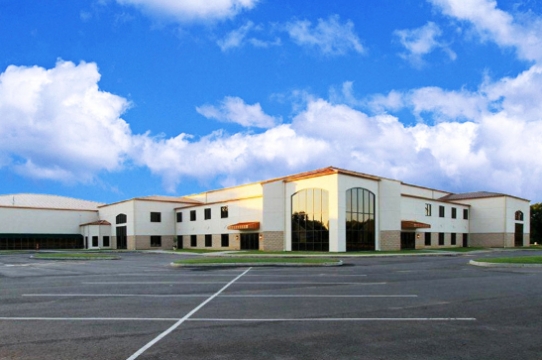